The heritage, the history, and the music of Mose Jones lives on!

Actually, there were TWO "MOSE JONES" bands - separated by a couple of years, a couple of different band members, 2 different record companies with different producers

We receive email and calls and come into contact with people from all over the world who still remember our particular sound, style and stage presence and they all, as it seems, have worn out their old vinyl albums and would love to hear our music once again.. This site and forum is as good a place as any to connect once again with our “not getting any younger” friends and fans, and possibly introduce our distinct sound to a new group of friends and music followers.

Additionally, MOSE JONES has a lot of musical history surrounding the group and it’s members - from being one of THE Southern bands coming out of Atlanta in the 70’s to sign a major record contract (MCA/Sounds of the South), to introducing our manager and producer, Al Kooper (Blues Project - Blood, Sweat, & Tears) to a band named Lynyrd Skynyrd, which he signed to his label (MCA/Sounds of the South) and produced the band’s first and second records.

Please feel free to leave feedback, comments, or anything memorable about the band…we hope you enjoy this site. 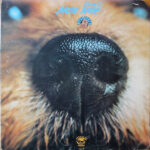 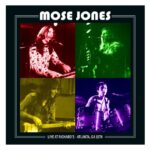 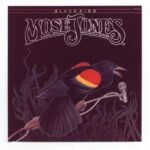 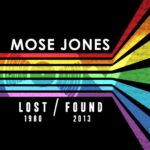 Mose Jones was the first band signed by producer Al Kooper for his new startup Atlanta label, "Sounds of the South" on MCA Records. Al Kooper's "Blues Project" was chosen for the label, as well as a Southern California horn band named "Elijah". Another band signed to the label was a little band from Jacksonville, FL that had been coming up to play in Atlanta - that band was "Lynyrd Skynyrd". Mose Jones released two albums "GET RIGHT" (1973) and "MOSE KNOWS" (1974). But the band broke up later in 1975. In 2010, tapes from a live recording were found, mastered and released on a CD called "LIVE AT RICHARDS - 1974"

Mose Jones reformed in 1976 and signed to BGO (Buie-Geller Organization - Buddy and Gloria Buie, and Arnie Geller) and to BGO/RCA Record label. Mose Jones began recording their first album for RCA, called "BLACKBIRD". Extensive touring followed their album release, and Mose Jones wrote more songs and recorded their second RCA album, but it was never released. Mose Jones broke up in 1980, but their "Studio One" recordings resurfaced some 32 years later - they mixed, mastered, and released the album in 2013 called "Lost / Found" on the  Big Coffee Records label. 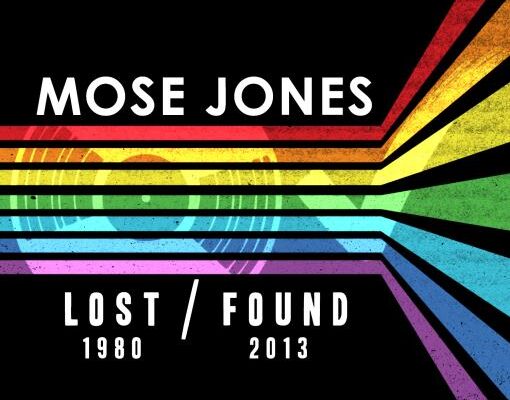 MOSE JONES – “Lost/Found” Kickstarter Campaign was SUCCESSFUL!! The 2nd album RCA album was recorded, mixed, and mastered in 1980, but was never released. All recordings were lost. 30+ years later all of Mose Jones recordings were found and returned to us! The release of the Mose Jones “Lost / Found” CD is now available! […] 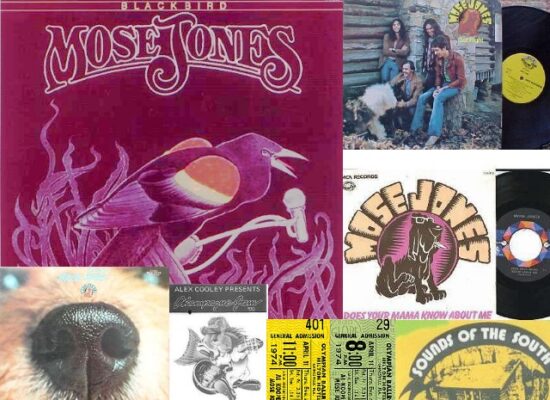 WELCOME   Welcome old and new Mose Jones fans to the newly designed “Remembering Mose Jones” website. Thanks for looking around at the years of info and music for this classic and sometimes not so classic Southern Band from Atlanta, GA. Mose Jones’ history in regard to the “Southern sound” is well documented and appreciated […]

How it all began

Randy Lewis, Bryan Cole, Jimmy O’Neill, Steve McRay The Band formed in 1972, with core members from the Florida band “Stonehenge”. The band name derived from jazz great “Mose Allison’ and a family dog named “Jones”. Initially the band was created with Clay Watkins on keys, then during the recording of their first album, replaced […]

See all our news